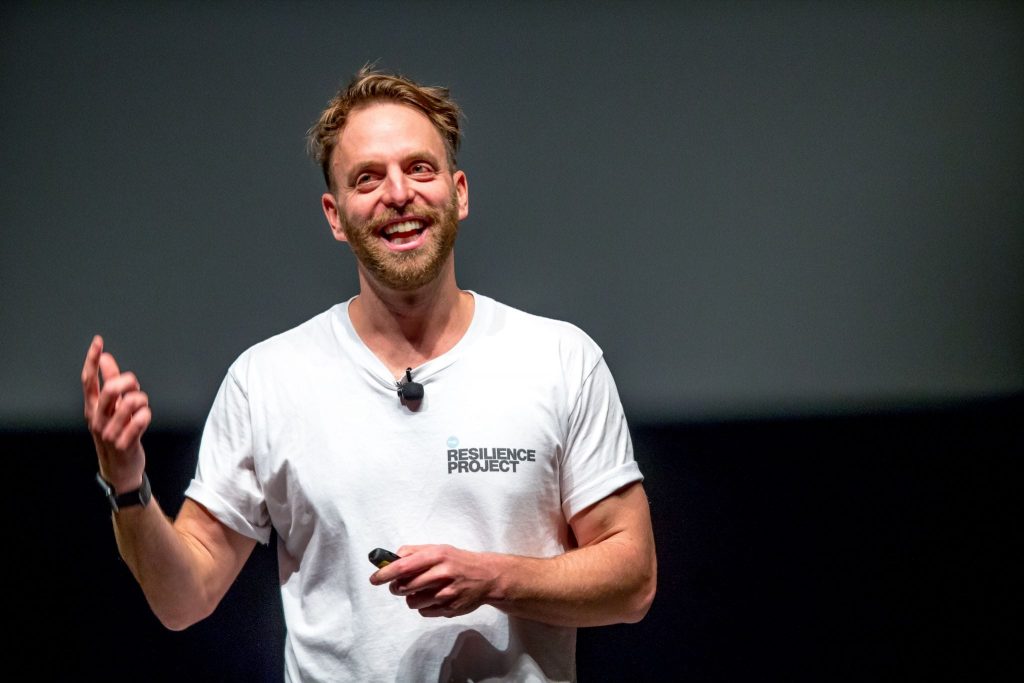 The most common emotion someone feels after spending 10 minutes on Facebook is … regret.

If you’re lying down, well the Facebook boffins have worked out you’re even less likely to exit the app, reveals The Resilience Project founder Hugh van Cuylenburg.

“They’ve programmed you to wake up to anniversaries and memories,” he says.

“So you spend 15 minutes in bed on Facebook and then you’re left with a feeling of regret.

“What a terrible way to start your day.”

Excessive screen time is one of the key contributing factors to an increase in mental illness, according to Van Cuylenburg.

And, let’s be very clear about one thing: social media systems like Facebook have been deliberately set up to get you hooked.

“These apps are designed to use tricks to make people addicted,” he says.

Dopamine is released as you are paused, waiting for the numbers to come up, Van Cuylenburg says.

Geelong Grammar School’s director of student welfare John Hendry says in 2017 an adolescent’s brain receives the same information in a week that our brains used to receive in a year.

It’s an information overload that helps explains rising levels of anxiety and depression in our youth.

Before parents go running for the hills in despair, Van Cuylenburg says there are simple ways to reduce the impact of technology.

To counter the wiles of Facebook, his advice is simply for everyone to turn off their notifications.

“They are there as a way to sucker you back into the app,” he says.

“The average person checks their iPhone 76 times a day.

“Turn off the notifications – make sure what you are looking at is good for you.”

This is a man who practises what he preaches.

Van Cuylenburg’s own app doesn’t have notifications, there’s a 10-minute check-in and then it locks people out so they can’t get back in again that day.

He recently visited the Border to speak to Albury High School students, teachers and parents about his simple strategies for improving mental health.

It’s an equation he discovered while volunteering in India.

“Despite the fact these people had very little to call their own, I was continually blown away by how happy they were,” he says.

He advocates practising three pillars of gratitude, empathy and mindfulness.

And at the end of the day sometimes parents just have to let kids fight their own battles.