Resilience and happiness depend on gratitude, empathy and mindfulness 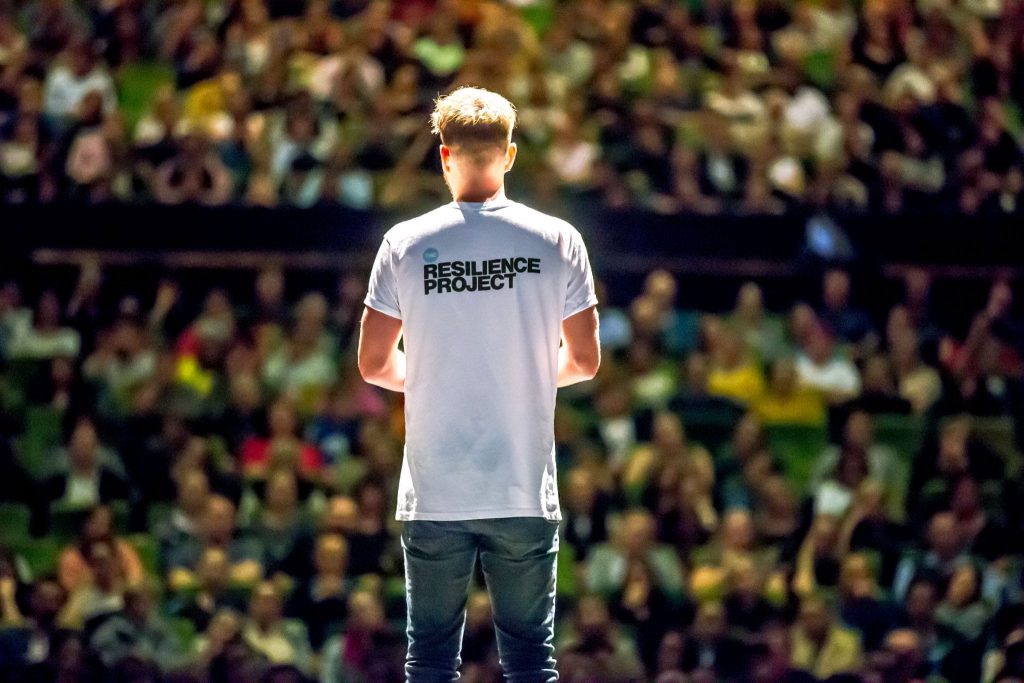 Hugh van Cuylenburg’s family life was affected strongly by mental illness, so when the time came for him to choose a career he decided to do something to help kids like himself and his sister.

“I went into teaching, and I thought that by being a good, positive role model I’d be able to help kids (to avoid mental illness),” van Cuylenburg says. Feeling there was something more he could add, he went back to university to specialise in mental health education. It was then that the puzzle’s pieces began to slide together, as van Cuylenburg formed The Resilience Project, visiting schools to speak about the things students could do for their mental health.

“From there it just grew,” he says. “Teachers wanted to know more, so all of a sudden they were asking me to run professional development sessions, and then parents wanted to hear more about it.” With one in four adolescents and one in seven primary school aged children experiencing mental illness, it’s perhaps no surprise that Australians are ready to learn about this topic.

While the psychological theories are complex, van Cuylenburg has broken it down to a simple equation: resilience and happiness are based on the three pillars of gratitude, empathy and mindfulness. This signature message, which is delivered to schools, organisations and sporting clubs (he regularly works with all the NRL clubs and several AFL clubs), was cemented during a teaching stint in India. van Cuylenburg met a student who was extraordinarily happy despite his lack of possessions or privilege. On watching the boy, van Cuylenburg noticed his gratitude for everything from his drinking water to his too-small shoes. It was a turning point. “It was only looking back on it when I got back to Melbourne that I realised what I’d experienced, and I reflected on it,” van Cuylenburg says.

It’s experiences like this that make van Cuylenburg an engaging speaker. “I don’t talk about anything that’s not based on research, and I don’t talk about anything that I haven’t experienced myself, because people relate to stories,” he says. “I’ve seen research that tells us that gratitude, mindfulness and empathy help mental health, and those things have worked for me, for my family and for kids in developing countries that I’ve worked with. To me, that’s enough to say this stuff really works.”

Although van Cuylenburg has reached more than 150,000 people through his talks, he’s now aiming even higher. He’s creating an app to provide a different activity every day for users to help their mental health, and he also hopes the topic will soon become part of the school curriculum. Van Cuylenburg says, “I’ve created curriculum for every year level from prep to year 12 (in conjunction with teachers and consultants) which is linked to the national curriculum. Schools have the desire and the passion to do something and they’ll now have the resources to help them do it.”

Advising kids and adults alike to practise these pillars, through activities such as a daily gratitude journal which, after 21 days, can rewire the brain to search for the positive aspects of life, has been life-changing not just for van Cuylenburg but for his audiences. “I get so many emails from people saying incredible things about how this stuff has changed their life,” he says, “and that gives me the energy to do whatever is next.”

Destination Happiness visited Hugh and his family at his home to learn more about The Resilience Project. As Hugh said, “it will be a fine example of why I’ve thought about doing radio, but never TV!”