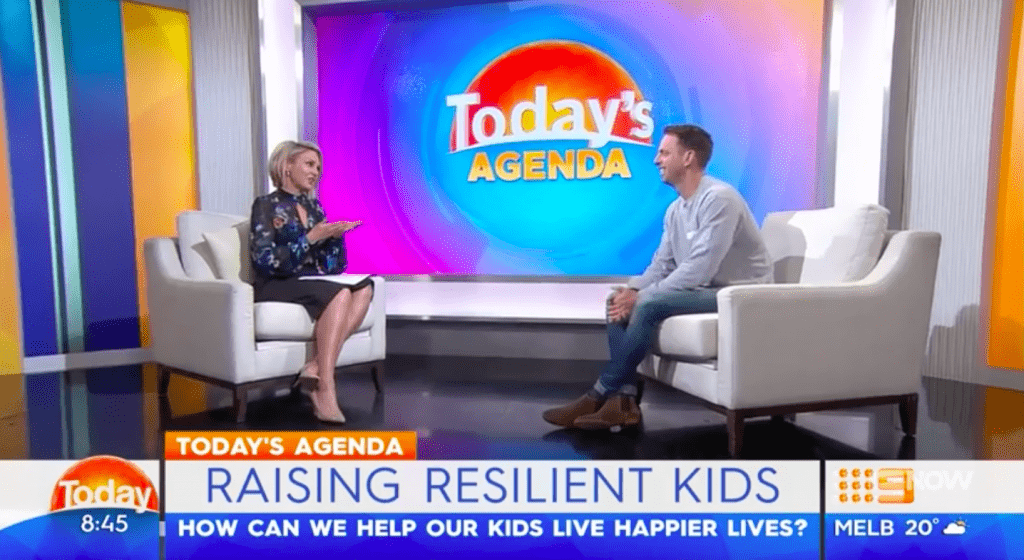 One in four young Australians now suffers from a mental health issue, according to Beyond Blue, which many experts believe constitutes a crisis.

And it appears the situation is only getting worse.

Parents are becoming increasingly desperate for answers and one man who thinks he knows exactly what’s going on is Hugh van Cuylenburg, founder of The Resilience Project.

He joined Georgie Gardner on TODAY’s Agenda this morning to share his thoughts on what is a serious issue for modern society.

Van Cuylenburg says it was in 2008 when he spent some time living and volunteering in the far north of India that he feels he hit on what is going wrong with Australian youth, and most importantly, how they can be helped.

“In this desert community, there was no running water, no electricity and no beds; everyone slept on the floor of their desert hut,” he says on The Resilience Project website.

“Despite the fact these people had very little to call their own, I was continually blown away by how happy they were,” he continues.

“It was this experience, and subsequent post graduate studies, that have led me to some pretty simple conclusions about the things that we need to do here in Australia if we want to be happier,” he says.

He says those things are “practising gratitude, empathy (compassion) and mindfulness.”

Van Cuylenburg told Gardner that it’s anxiety that is the most common mental illness for Australian youth, followed by depression.

“And it ravaged her,” he says, adding that mental illnesses such as anxiety, depression and eating disorders not only affect the sufferer, but their families as well.”

Van Cuylenburg says he feels devices and social media have a lot to answer for when it comes to mental illness.

He feels this results in connections between young people that “are not as real.”

“I don’t know about you,” he tells to Gardner, “but I am so grateful I grew up before devices and social media and all those things.”

Van Cuylenburg says it’s reached a point where Australian youth are “addicted” to their devices and that addiction is as real as any other when it comes to the detrimental effects and difficulty in treating it.

If there’s one thing van Cuylenburg wants parents, children and all Australians to do is to “get off your phone.”

“When you’re with your kids, leave your phone in the car, leave it at home, be there with your kids, because they learn off you every second of the day,” he says, adding that when children look to their parents for their responses and reactions to them, parents are quite often looking at their phones.

“It is the greatest gift you can give them.”