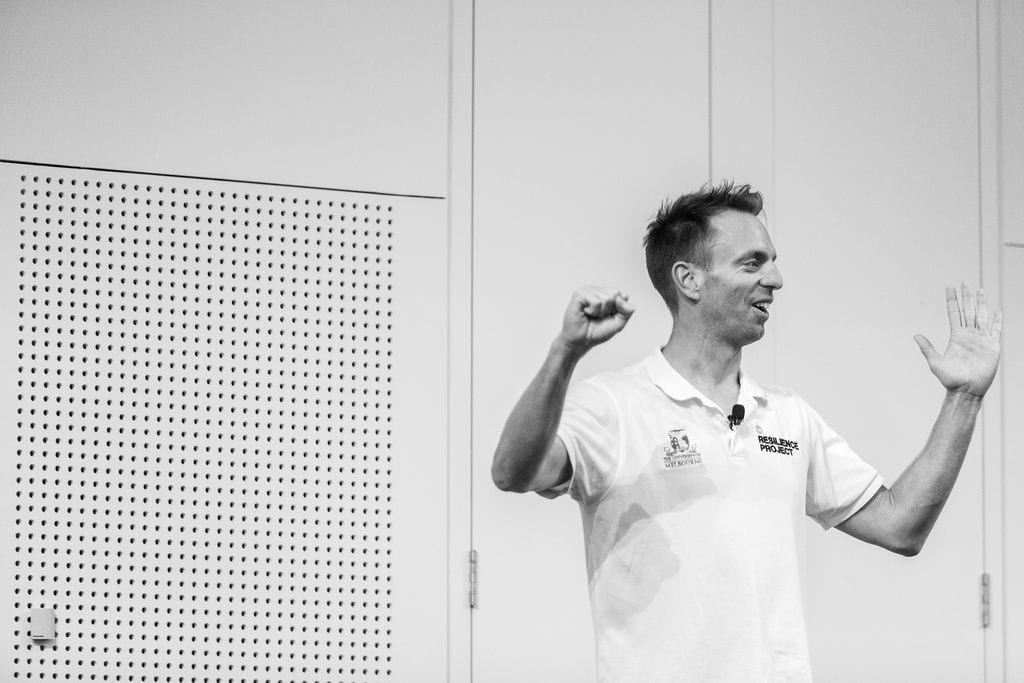 By Daniel Lane, The Age

The NRL’s senior welfare and education manager Paul Heptonstall says the willingness of the code’s players to seek assistance for mental health issues – and then talk openly about it – has helped save “many, many lives” in the broader community.

Parramatta skipper Kieran Foran’s recent request for an indefinite break from the game to work through what he called “some personal issues” has again cast a spotlight on player wellbeing.

While Heptonstall didn’t comment on any individual case when he spoke to Fairfax Media on Saturday, he credited footballers for playing an important part in helping to break down the stigma that’s traditionally been associated with mental illness.

“There is so much good in players with a profile putting their hands up and saying ‘I have an issue’ and talking about it,” he said.

“There’s so much good in players like Darius Boyd, Dan Hunt and Preston Campbell [talking openly about seeking help] because what they’ve actually done by doing that is save many, many lives.

“They’re helping to destigmatise mental health because [the public see] they’re comfortable about asking for help.”

Heptonstall said the NRL constantly searches for “cutting edge” programmes and information concerning mental health, but said the most positive development in recent years was that players weren’t worried about admitting they had a problem.

“I can say that more and more players are reaching out for help a lot earlier now,” he said. “So, if there are any issues it has become so destigmatised, players are a lot more comfortable [than in previous years] to ask for assistance.

“That’s not to say the issues are growing, the issues are the same for footballers as they are for the rest of the community, but our playing group is more willing to ask for help. I also think clubs are a lot more accepting about [the idea of] having counsellors or a psychologist as part of their staff.”

Fairfax Media is aware of a research paper being compiled by doctors which is likely to suggest the level of depression among NRL players is lower than in the rest of the community.

However, the anxiety rate is higher because of the scrutiny that surrounds such things as Foran’s situation – and it is harming individuals.

A young footballer who appeared before court and was subjected to public criticism and negative media coverage told Fairfax Media on the condition of anonymity that the experience rattled him to such a degree he wondered whether it was worthwhile pursuing a first-grade career.

“There was a lot of times when I questioned [playing in] the NRL after what happened because of the treatment I received,” said the player who has since broken through to the top grade.

“If I was working in a factory and did what I did no-one would’ve even heard about it. I questioned a lot of things and wondered whether I wanted all that.”

The NRL responded to the suicides of six young players over the last three years – most of them were on the verge of playing first grade – by implementing programmes for those involved in the game to try to cope with the pressures and stresses.

This year, every NRL and National Youth Competition player, their family members and staff members at each club participated in the Resilience Programme and Heptonstall said the 100 sessions that were conducted around the country were among the most “positive” yet.

“It is purely based on developing resilience and it has been one of the most positive [courses] we’ve delivered,” he said. “It focussed on three things.

“One was to be grateful for things in your life, because when you do that it that means you don’t focus on things you haven’t got; the second point was the more acts of kindness you do, the more positive feelings you’ll get yourself, and the third one was mindfulness and being in the present, not worrying about what is going to happen tomorrow or what might appear in the paper.

“I think those three points – gratitude, kindness and mindfulness – have created a lot more positive sense of well being among the playing group.”

Sydney psychologist Angus Kerr-Boyle, who has worked with a number of NRL players in his private practice, said league was at the stage where a club’s welfare officer and “psyche” were as important to the players as tackling and kicking coaches.

However, he said it was preferable they had a background players could relate to.

“It may not be that they need to have a psychiatrist on staff but certainly I would suggest a psychologist , or, at least, someone trained in psychological methods,” he said.

“The clubs certainly need someone with that kind of training but preferably with somewhat of a similar sort of background to some of the players.”