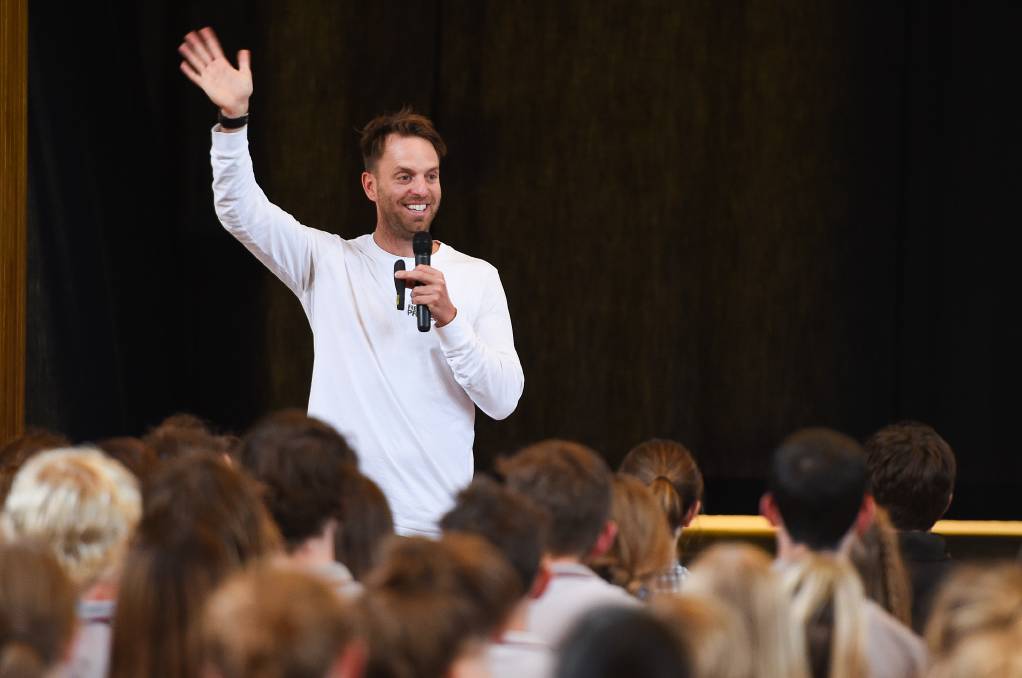 A generation of “bubble-wrap” parenting is robbing kids of the ability to cope in the real world, the founder of The Resilience Project told an Albury audience on November 21.

His approach, inspired by a teaching stint in India, advocates practising three pillars of gratitude, empathy and mindfulness to improve mental health.

The program and subsequent app he developed has been shared in 500 schools and with 300,000 Australians including AFL, NRL, netball, soccer and cricket teams.

As he urged Albury High School Year 7 and 8 students to focus on the “little things” to improve their coping levels, it was clear his presentation had a captive audience.

He urged them to practise gratitude every day and promised it would reduce the symptoms of anxiety and depression.

He advises meditation between 8.30am and 9am daily and said if it was good enough for top footballers, surely they could give it a try.

And he absolutely enthused that empathy was the “third trick to being happy” – that being kind to other people was good for you.

“I’m not saying you should run around being freakishly kind all the time but look for the opportunity to do nice things for others,” he said.

Van Cuylenburg is no one-size-fits-all presenter – he spent a hectic few days tailoring his message to parents and teachers.

To parents he advocated letting kids fight their own battles.

“We are too keen to wrap them in bubble wrap – let kids fail,” he said.

“We can be there to support them and prop them up but if we don’t let them fail, how are they going to cope when they leave school and something unfair happens?”

Van Cuylenburg, who worked in education for 13 years, said teachers had the most “important job in the world”.

“The World Health Organisation has stated that by 2030, depression will be the number one health issue and suicide the most likely cause of death,” he said.

“Teachers have such an important role in modelling resilience; it’s the little strategies and conversation starters that work with kids.”

And don’t get him started on screen time.

Suffice to say he said it’s contributing to an increase in mental illness.

“Geelong Grammar’s John Hendry said in 2017 that a child and adolescent’s brain receives the same information in a week that our brains used to receive in a whole year,” van Cuylenburg said.